No Death Penalty - Community of Sant'Egidio > News > October 12, in Ohio an Interfaith Prayer Vigil to end the death penalty

October 12, in Ohio an Interfaith Prayer Vigil to end the death penalty

On October 12 in Cincinnati, Ohio a prayer vigil  is held in the “Death Penalty Abolition Week” following to the World Day against the death penalty.

The interfaith event gathers all faith communities and believers who would join to say “no” to the death penalty in the campaign #nodeathpenaltyoh, among many initiatives and rallies.
The Community of Sant’Egidio is working together with local groups and more than 60 religious and faith communities in Ohio, so to actively support the new legislation for repeal, by witness interventions in the State Senate (SB103) and House of Representatives (HB183). The hope is that also Ohio State would achieve the abolition of the death penalty.

The current governor, Mike DeWine, is blocking the executions, even in the face of an effective boycott on the pharmaceutical substances used. The halt to executions has encouraged several bi-partisan senators and representatives to revive bills to permanently abolish the death penalty in Ohio.

This glocal networking against the death penalty started also from the pen friendship between an Ohio incarcerated person, Gary Johnson, and the members of the Community of Sant’Egidio in Florence. This man is now older and sick, while his sentence has been commuted from death to life in prison, but even after such a long time spent on the death row, by friendship and relations he never ceased to hope for himself and all the sentenced to death. 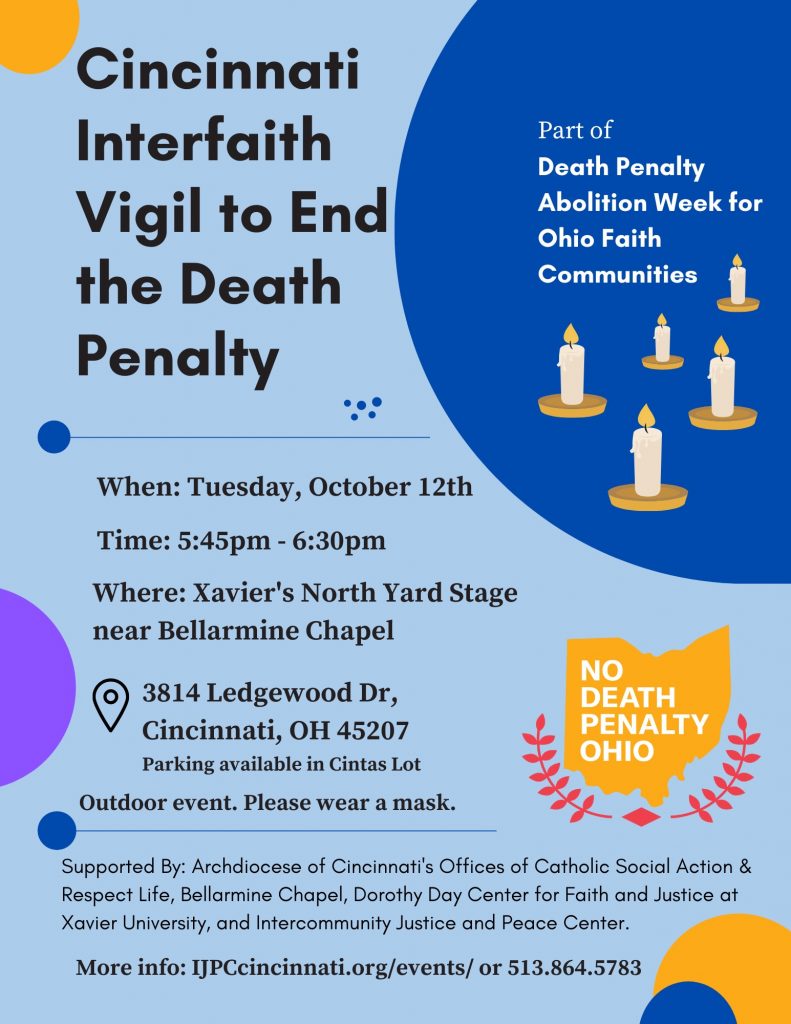